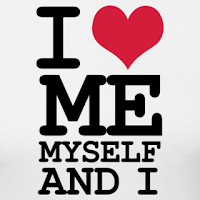 Yup! Even though Eric is home, I'm by myself. He's sick and he's quarantined to the upstairs....I'm hiding downstairs. Plans out the window and when I HAVE to stay home...I start getting a little squirrely, antsy, impatient, bored.....Get the picture? It's not his fault...he IS sick, I have proof...I took his temp and it's a little high and the biggest giveaway...he doesn't want to eat and he's been napping now for about 3 hours.

So, I putter around the house (downstairs) and try not to make noise. I clean the kitchen which took all of 10 minutes. Wondered into the backyard and weeded my veggie garden...took another 10 minutes, played with the cats and then came back in. Did a little crafting but now I have to wait for that to dry. So more ahem....waiting. What I'm waiting for, I don't know. Am I waiting for Eric to miraculously come barreling down the stairs with keys in hand yelling, "Let Go" or am I waiting for something exciting to happen to me? If so, it'll have to have a GPS on it...cuz I can't leave the house. So I get on the computer and talk to Raquel, but after 20 minutes, I can tell by her answers I am annoying her. So I tell her I gotta go tend to her father ( a white lie) and I cruise Pinterest, but honestly, that just makes me antsier because I really want to make all the stuff I see, but I can't because I need to go get it....but I can't leave the house.

What will happen if I leave the house? I don't know....but I can bet cha' Mr. Murphy Law will show up on my door step the minute my car makes the corner. So, I answer the phone and it's Brenda and I'm excited cuz I'm using my voice and actually speaking to someone. I ask her how it is OUT THERE? Oh, it's exciting...she's on her way to see her horse and then she has a date and then.....she's gotta go because she's on a schedule. I told her I used to have a schedule.

We had planned to go to a car dealership tomorrow after the Hockey game. We sold Raquel's car and now she needs a new and improved one. Pretty sure that's out the window...except for the Hockey game....Eric can watch that lying down. So, Perhaps tomorrow I will craft some more and tend to my Etsy, which, btw, I've sold 2 items. Maybe edit some pics and take a few. Harass Raquel some more and call Brenda and find out how her date went. 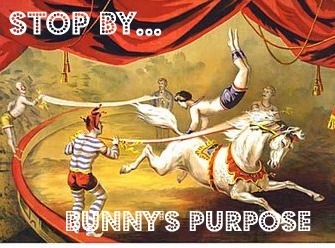 Widgets for Etsy Sellers
Powered By 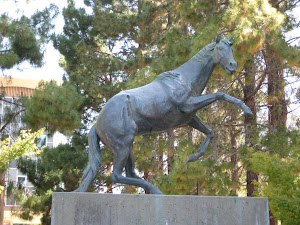 Interested in Agriculture, Horses,Cattle, Flowers or the Enviroment....check it out

“Marriage is a good deal like a circus: there is not as much in it as is represented in the advertising”

“Time is a circus, always packing up and moving away.” 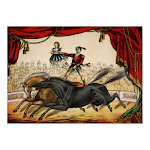 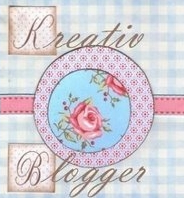 Sharon with Manna Moon gave me an award for style, but truthfully... 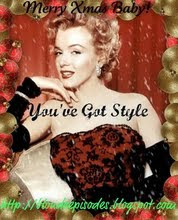 Check out her blog. She's got style to spare ~ 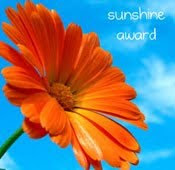 given to me from Charlie @ Art Happens ~